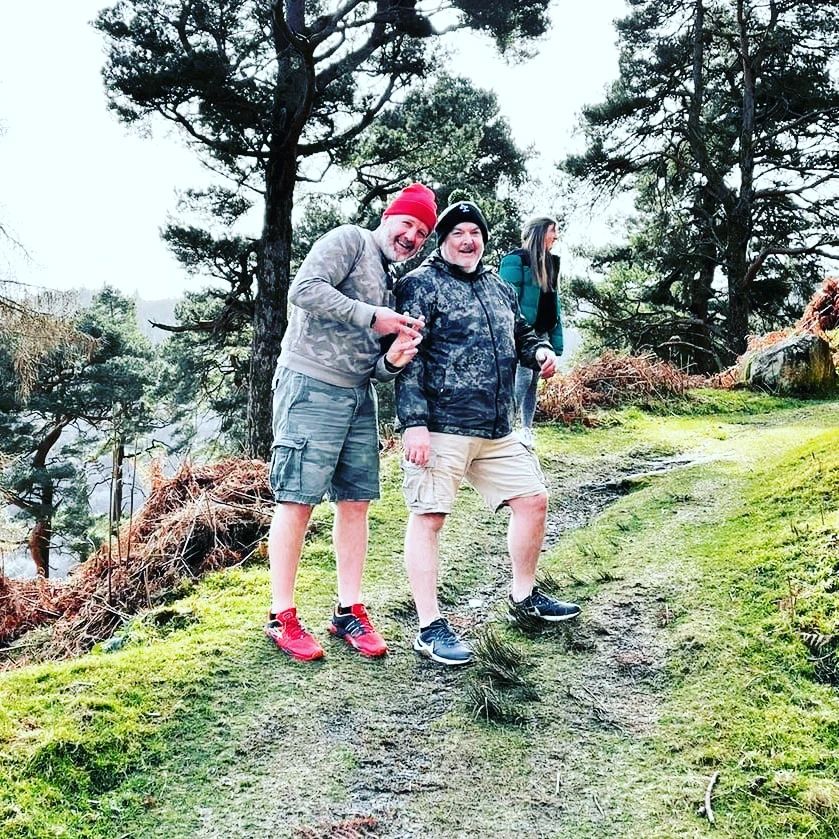 Get Involved Podcast Episode 52 is the last episode in Season One of our deadly little podcast. I honestly never saw us reaching this number. Not that I didn’t believe we could do it but rather would we be able to get it done in that space of time. After all we only started this back in November 2021.

Last Christmas – We Chose to #getinvolved

This marks our second Christmas doing the podcast – but there wasn’t any time this episode to look back over previous recordings.

New Year – Even Better Us

Season Two promised to bring a lot more episodes but in addition to us two great human beings you will also get to hear a new selection of guests. So far we have lined up to finally get to talk to the Personal Trainer. We have also got an influencer in the pipeline but we won’t want to keep her there too long because it’s extremely uncomfortable.

Wes wants to get back to the gym and working out since he’s now recovered from the shoulder injury that put him out.

Michael has his entry for the Dublin Marathon 2023 secured and will need to get his finger out and put a training plan together.

Wes brought up the topic of a new and improved daily routine that would lead to better productivity. Its something he saw online and was all prepared to #getinvolved with it. We chatted about the routine and how we might be more willing to commit to the plan if we adapted it more to suit our lifestyle. While still following the overall ethos of the routine.

Check out Jay Aldteron below for more motivational content:

Part of the routine called for the cutting out of drink – something that Wes said might be a little easier said than done – as he enjoyed his Chateau Nuf Du Pap (if that’s how you spell it).

Weight loomed on the horizon – more for the fact that Michael commented on how well Wes was looking, even after the excesses of Christmas food. After some discussion we settled that we needed to do some work on our fitness and weight situation. Afterwards I hoped on the scales to see what the starting point for me was:

Season Two will kick off with our commitment to record each and every week. With the possibility of travelling to different locations to record. So keep an eye on this space for our up and coming location announcements.

One thing for sure is we will organise a trip up to Laragh and do another hike – we loved that so much the last time we went. There is also a strong possibility that we will hit the Shelters in Portmarnock for a few sessions and talk to the many different people there.

Over the silly season we got some very positive feedback about some of our previous recordings most notably was our chat with Chris on Episode 31 and Emmet on Episode 48. Both of which you can listen to from the links below:

Is Wes Hard on Michael?

We nicely finished up with this little chestnut! Someone had recently commented that Wes was always giving Michael a hard time about stuff on the podcast. Conveniently Michael couldn’t remember who said this to him! But at the time Michael was surprised that firstly the person listened to the podcast and that secondly thought Michael was getting a hard time!

We would love you to listen to Get Involved Podcast Episode 52 and give us any feedback that you may have. We are always on the lookout to talk to new people so if you or someone you know would like to come on and talk to us – we are all ears.