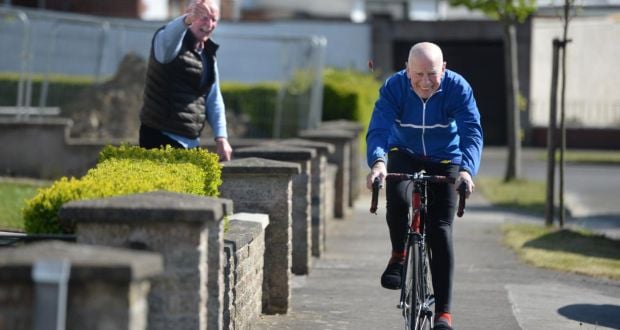 Thank you clicking – we are sure that you will not be disappointed with Get Involved Podcast Episode 25. Recorded from the mountains in Co Wicklow – it proves to be a riveting listen.

The Back Story to Get Involved Podcast

Wes and Michael went to school with each other in CUS. Since finishing school in 1994 they didn’t meet up again until 2019 when both their sons ended up playing for the same football team. After hitting it off on the sidelines the two of them thought they should Get Involved and bring their banter to the wider audience. After all they know so many people would enjoy it. The Get Involved Podcast was then born!!!

To the mountains for this episode. Where better than heading to the mountain retreat of the Irish Mountaineering Club (IMC) Hut in Laragh, Co. Wicklow.

This episodes guest has been a longtime member of the IMC and we have had many a reason to visit this great place over the years. My first time was back when the Tour de France started in Ireland and the whole tour flew up the road past the hut. I was hooked.

I have wanted to get Se onto the podcast for a long time and we were delighted when he finally agreed. A legend in his own lifetime Se has won the RAS Tailteann (A BICYCLE RACE FOR WES) an astonishing 4 times. Three of those wins being in consecutive years.

For me this will be an unforgettable episode – but you will have to listen to find out why!